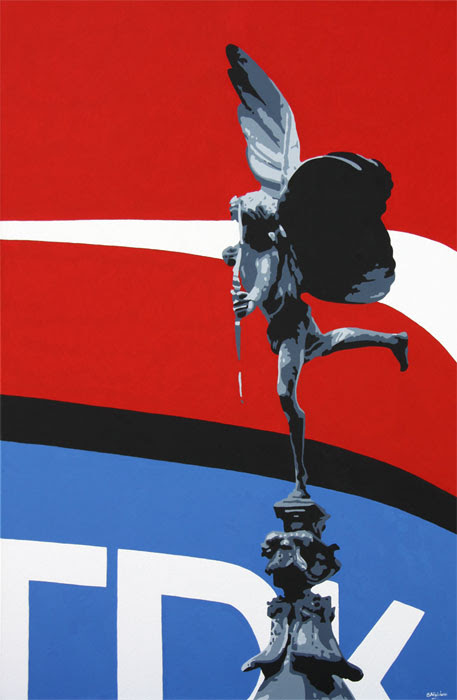 My Latest London painting of Eros in Piccadilly Circus, a colourful center piece reflecting the vibrancy of London 2012.

Someone once told me that if ever you lost someone if you stood in Piccadilly Circus for the rest of your life you would eventually find them again as everyone visits Piccadilly at least once in their lives. An intriguing thought. Personally I'd use facebook or google them :0)

Eros, the Greek god of love and sexual desire (the word eros, which is found in the Iliad by Homer, is a common noun meaning sexual desire). The Roman equivalent was Cupid..... ooo....er!